Winning, by not losing

This is a strange title for an article. It is something that I have been thinking about having started to read a book called Flashing Steel which is about Japanese swordsmanship. John recommended it to me, not so that I could learn how to use a sword but, because of the history and philosophy which it contains. I haven’t read much but it is certainly thought provoking.

A particular part that is worth thinking about is what is the point of martial art training?

It is very simply to win in a confrontation. That seems simple enough to understand and accept. The book then goes on to say that the key to winning is a steadfast determination not to lose. Isn’t that the same thing? Yes and no. It is a matter of focus.

It is something that we actually already practice at the club and incorporate in our partner work in three ways.

The first way is that when we are attacked we always move, avoiding the attack. This is a defensive action where we are concentrating all our efforts on not getting hit. If your opponent can’t hit you you’re well on your way to winning the confrontation.

The second way is that we always block. Thats another way of not getting hit. As I said above if your opponent can’t hit you you’re going to win.

The third way is perhaps the more difficult to appreciate and should perhaps be at the top of the list. We practice being attacked and react accordingly to move and block. We are waiting to be attacked and whilst we wait, ready to react, our entire concentration is on not getting hit. Not losing. Our opponent on the other hand is thinking about their attack and therefore not concentrating about not losing.

You can often see the winning by not losing approach in sport. Some football managers set out their teams to stop the other team from playing, parking the metaphorical bus so to speak.

It is also possible to spot in sports such as tennis. In the Wimbledon final of 2008 Nadal beat Federer over 5 sets despite Federer hitting far more winners (89 – 60), far more aces (25 – 6), winning far more points at the net (42 – 22) and serving faster. So how did Nadal win? The over simplistic answer was he played not to lose, playing within himself to a degree in order to cut out the unforced errors which were much lower than Federer’s at (52 – 27). Clearly Federer is a great tennis player, perhaps the best ever, and his way of playing has served him well so I am not knocking that. I am just using this as an example of when trying not to lose gives you a great chance to beat the best.

A steadfast determination not to lose was something displayed by the England cricket captain in 1995 in a test match against South Africa. In the second innings Michael Atherton faced 642 balls over 10 hours and 43 minutes and scored 185 not out in his efforts not to lose the match. He was assisted in this by “Jack” Russell who stuck about for over 4 hours, faced 274 balls and scored only 29.

I hope that gives you something to think about. 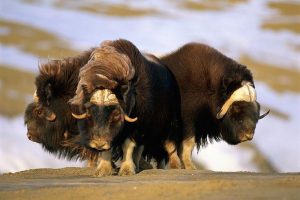