The simple answer is, it depends. I told you that isn’t helpful.

What does it depend on?

It depends on the circumstances and what you are trying to achieve.

I will start with a parallel stance or yoi position. It’s very simple, just standing there with your feet shoulder width apart, feet pointing a touch inwards and your knees slightly bent. It’s not easy to move from but it is easy to learn. When practising in the class without moving it allows you on concentrate on your hands and hip work. If you’re trying to learn, or perfect, a hand technique this is a great stance. If you’re trying to deliver power into a punch this is not the stance to do it in.

A forward stance is far better to deliver a powerful punch from. However, it is harder to learn and perfect as one knee is bent and the other straight, your feet are not pointing in the same direction and your weight is slightly forward. When you move your hips you need to try and keep the front knee from straightening up or wobbling all over the place. You also need to think about the length of your stance. If it is relatively short you can rotate your hips easily but it is less stable. if you lengthen the stance it gets more stable, to a point, but it makes hip work much harder. Also the longer the stance the more pressure it places on the muscles in your legs. If you want to develop your leg muscles a long stance is for you. Shotokan Karate emphasises a long stance for this reason.

That’s a lot to think about with just our basic forward stance and I haven’t even mentioned moving. If you have a short stance you can move quite easily as your muscles are nice and relaxed, however a short stance may mean you don’t cover much distance which you may need in a fight. If you have a much longer stance your stride is longer but it becomes harder to move. Hopefully you can see why I chose the phrase, it depends on what you are trying to achieve.

I could go on about the advantages and disadvantages of all of our training stances. I won’t though as I am sure that will bore most people into finding something else to look at on the Internet. All I will say is they all have their positive and negative points and are worthy of incorporating into your training other than one that I can think of (I’m thinking of kokutsu dachi).

I haven’t even touched on what stance you should be in during fight. You guessed it, it depends!

If you find yourself in a confrontation, or just doing partner work in the class, you need to pick a stance which is easy to move from, once you’ve moved you can choose a different stance to go into, it’s up to you, it depends on what you want to do.

You don’t need to chose just one stance in a confrontation of course. Applying the wise words of Alan Ruddock, “Wherever you are you’re in the wrong place so move.” You can therefore start in one stance, move into another when you block and counter and another again if you develop things into perhaps a lock or retreat into a safe distance. It’s up to you. 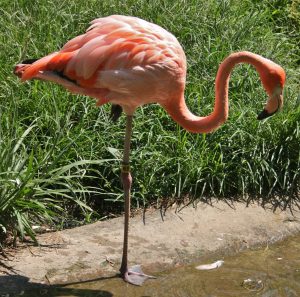