Perfection – The little things do matter

I am sure you will have noticed that I often (some might say constantly) point out little things that aren’t quite right when you’re doing your techniques. I do try to balance this out with praise and often ignore some faults to avoid coming down too hard on students. You may not believe that!

I am not being picky to be mean or because that’s just the way I am (though it is the way I am) but to try to improve all our techniques. There are a number of reasons for this:

Even the smallest imperfection can put you at risk of an injury either training or in an actual fight.

A small imperfection could be having a slight bend in your wrist when you punch. If you’re punching to the air that doesn’t matter but it can be a problem when punching the pad.

If your wrist flexes when landing on the pad it hurts and ruins that punch and perhaps you can’t do any more. That’s not a big issue either but if you’re in a fight that could be the difference between winning and losing (perhaps even life or death).

You also need to keep in mind that if you’re in a fight your target will be moving, which increases the risk of not landing the punch properly and your wrist flexing. To make matters worse is that whatever you’re trying to hit on your opponent it isn’t going to be lovely and flat like our pads.

Hopefully you can see that what seems to be only a very minor point can end up being a huge problem when you need it most.

A small gap between your thumb and your fingers risks a broken thumb if you catch it (or your opponent grabs hold of it).

Locking your arm out when you punch could lead to a damaged elbow.

Not turning properly on your standing leg when doing a mawashi geri could lead to an injured knee.

Not snapping your kicks back could result in poor balance and a weakness your opponent could exploit.

I could go on.

Consciously or not students pick up habits from higher grades around them so if you’re not doing something quite right then they may end up copying you and ignoring what I, or another instructor, is demonstrating and talking them through.

They may go on to be higher grades in the future and the habit will spread across the club.

This may well lead them to injure themselves as referred to above.

It could also lead to some embarrassment if they are picked up on it and then blame you for it. Worse still if they find themselves in a fight and their karate skills let them down when they most need them.

Karate is a martial art.

A slow attack is the difference between hitting your opponent or not.

A slow defense is the difference between being hit or not.

A slow technique due to it being a poor one is most likely to be due to:

Including additional moves that are not necessary. This could perhaps be when you drop your hand to your chest before delivering an uraken uchi when your hand was already in a good starting position;

Over doing certain aspects of part of the move, e.g. when doing a gedan barai bringing the hand back to ear level rather than just to the shoulder;

Not doing part of the move as directly as you could such as using a circular type of move rather than a straight line;

Using your hips or pull back hand at the wrong time; or

I will say it again, karate is a martial art.

A weak attack is the difference between putting your opponent down or not.

A weak defence is the difference between being hit or not.

A weak technique due to it being a poor one is likely to be due to the same things as a slow technique. You also have to factor in:

Being in a poor stance so that some of the power you deliver is lost backwards;

Poor focus. If you tense too late in the technique you won’t deliver the power; or

Being physically weak. The exercises at the start of the lesson are not just done to warm us up but to build some strength and stamina.

There are plenty of reasons to strive for perfection but unfortunately there’s a whole lot of things to get right. Try not to be disheartened when you get picked up on things and keep striving for perfection. None of us will achieve it but the closer we get the better.

Thanks for your patience. That was a long article. 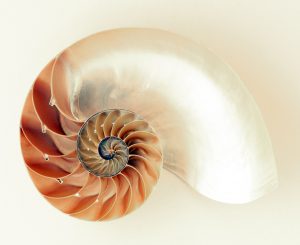