At the recent grading I was rather surprised to notice the range of marks given by the grading panel for an individual’s technique. I have therefore written an article to help try to clarify how we should be marking students for all concerned.

For the past 8 years we have used a marking system wth grades from 1 to 5 as follows:

I have tried to discourage half marks, though some people do insist.

All that is needed to pass a grading is to score an average mark in all the techniques.

In theory this is a very simple approach to marking an individual doing their techniques.

Unfortunately the marking system can fall down before a technique is even performed as some people refuse out of principle to give ones or fives. That is not how things should work. If the technique is absolutely awful then a one should be given. A five should be given if it is very good (very good means just that, it doesn’t mean perfect or brilliant).

If you’re on the panel please remember you can use the full range of marks. If at the end you’ve not handed out any fives please ask yourself if you’ve been too hard. Hopefully you won’t have scored any ones, if so we’ve done a poor job teaching and the individual shouldn’t really be attempting the grading.

So, what do you have to do to get a five then?

Simple, do the technique very well. I shall use Kody’s jodan uke at the last grading as an example. This was done from heiko dachi which is a simple stance to get right. His feet were shoulder width apart and turned in slightly. That’s spot on. Next for his arm movements, he made a cross, drove one up above his head with an angle in the finished position and the other he pulled back to his hip. No errors there. He threw in some effort and speed to make the technique better and topped it all off with hip work, which we don’t normally see on a yellow belt grading. It was a simple technique done very well so I gave him a five.

Perhaps we should all have given him a five. Fives should not be given out often but they shouldn’t be so rare as to never be seen.

What else is there to think about?

Well, as judges we need to consider the individual and their abilities.

•This is easiest to factor into marking when you consider kicks. A younger student who has been training a couple of years and has never had any injuries should be kicking head high when performing a mae geri, mawashi geri and yoko geri. If they can’t or don’t they aren’t trying hard enough when stretching and practising. They should be marked down whereas an older student shouldn’t be and nor should someone who has been struggling with injuries.

•It is also easy to factor this in when judging pad work. We should consider the power the individual produces compared to their size rather than comparing it to the most powerful technique we’ve ever experienced, most likely from a very large or experienced man. If a twelve year old manages to shift an adult, I have seen it, then that should be a five. Perhaps you might mark them down by 1 if there are faults in the technique but that should be it.

•We must also remember that an individual’s abilities or issues extend to their concentration and memory. Some students, generally the younger ones, simply can’t concentrate for very long or remember too much. That’s especially relevant when judging combinations and katas. We should not be too harsh with students who have these difficulties, mark them down perhaps, but don’t over do it.

We also have to factor in effort. If a student is going red and sweating profusely during their grading they should be marked up. This perhaps can offset some larger errors in techniques. Given where most of the grading panel have found themselves on the martial-art spectrum (see earlier article) we should look on good effort favourably.

We should all be able to spot a very poor technique. I won’t go on about them.

Hopefully the above will be helpful to us all going forward. 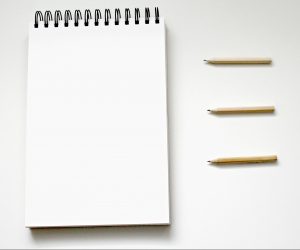