A bit of eastern philosophy 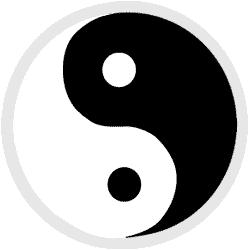 Let me start with a little bit of copy and paste:

Gichin Funakoshi, founder of Shotokan Karate, believed that one should be “inwardly humble and outwardly gentle.” Only by behaving humbly can one be open to Karate’s many lessons. This is done by listening and being receptive to criticism. He considered courtesy of prime importance. He said that “Karate is properly applied only in those rare situations in which one really must either down another or be downed by him.” Funakoshi did not consider it unusual for a devotee to use Karate in a real physical confrontation no more than perhaps once in a lifetime. He stated that Karate practitioners must “never be easily drawn into a fight.”

What do you take that to mean?

If you Google the word humble you can find some very interesting definitions. I take it to mean not thinking too highly of yourself, your skills and abilities.

If you think you’re brilliant or know all there is to know you’re unlikely to look for ways, or work hard, to improve yourself. From a karate point of view if you don’t train hard your skills will decline rather than improve and you won’t be open to learning new techniques. You probably won’t attend seminars and if you do you will be more interested in showing off rather than trying other things.

If you are humble in your approach to training you will not only be open to criticism but actually seek it out to try to improve and learn.

Acting in a humble but confident way in life should also mean that you won’t ever need to use your karate skills for real. You shouldn’t end up acting provocatively or talking your way into trouble if you’re humble but rather the opposite. You also shouldn’t go around bragging about your skills or rank. Being humble doesn’t mean acting meekly either. You don’t want to give off a vibe of being a victim as that might well land you in trouble.

Shōshin Nagamine said, “Karate may be considered as the conflict within oneself or as a life-long marathon which can be won only through self-discipline, hard training and one’s own creative efforts.”

I don’t think I need to explain his words. They probably apply to much of what we do in life.

Finally, something a little different I came across from another martial art we are familiar with:

Kung fu/Kungfu or Gung fu/Gongfu is a Chinese term referring to any study, learning, or practice that requires patience, energy, and time to complete. In its original meaning, kung fu can refer to any discipline or skill achieved through hard work and practice, not necessarily martial arts.